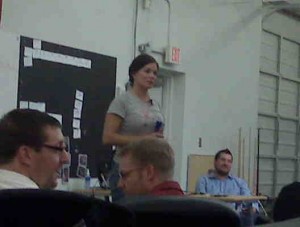 I attended a Gangplank Brown Bag lunch presentation today given by Beverly Kidd discussing “social media through an old media lens.” She didn’t attempt to school us all on any groundbreaking social media topics, but rather gave us an inside perspective on how she has found incredible value with social media, mainly twitter.

She initially brought up the idea of how the newsroom could use twitter to her higher ups. There was a meeting about it, but nothing ever came of it so she decided to plunge in and find out how this Twitter thing worked and if it could be beneficial, even without the formal thumbs up. Then one day she got word via Twitter of a massive earthquake in Los Angels and asked the news desk if they knew what was going on… They didn’t. The news desk checked the Associate Press and they hadn’t reported anything either. So, they called their sister station in Los Angels and the earthquake was still underway! They were able to cut in and be the first to cover the breaking news, all because of Twitter. After that, people took notice of Twitter and a path was being paved for social media to be a part of the newscast.

She went on to say that these days, the newscast is heavily influenced by the twitterverse and viewers chiming in on the various 3TV social media sites. Not only that, but she also said that she can find sources faster and get inside information from people who are where the action is. Even still, there is a bit of push-back from “the suits” who don’t quite get social media and can’t physically see its impact on viewership and the bottom line. Here’s where my personal opinion on this all comes into play: Social media is about building relationships; Relationships equal a larger following and a better grip on what stories that particular following is interested in, which in turn, equals more viewers. It’s elementary, really. I think what this all comes down to is that old school journalists  don’t really understand any other way than traditional media outlets to deliver and receive the news, but things, they are a-changing!

Beverly Kidd really seems to get the value in social media and how it correlates with traditional news. I think it will be people like her that help pave the way for a new kind of broadcast media that is a current and viable news source. Beverly went on to say that she still walks a fine line in “the danger zone.” Because social media thrives so much on the personal voice, she has to be careful what she says because she is a representative of 3TV, which, in a sense is true for all of us using Twitter and other social media sites.

I think it’s important to remember that just because you’re really social online, that doesn’t mean you get to hide behind your computer forever. There is a very real world out there and no matter where you are, online or in person, you represent a brand. That could be your personal brand, your company brand or anything in between. Think about how your conversations could affect that brand because it could affect your relationships and your bottom line.

Although this was a discussion on how traditional media is using social media, I think it can relate to all of us small business owners who take part in these online conversations in more ways than one. You can learn a lot about your target audience, your business and how to be competitive in your area of expertise. Plus, you get to be one on one with people you might not reach otherwise.

On the other hand, if you’re not quite on the train of using social media, you might just want to join the conversation with @BeverlyKidd, you never know, you could be that news source she’s looking for… just make sure you take your brand with you!

Some fun notes about Beverly Kidd:

Hello, I’m Andy! My part here at Liquis is everything marketing. I get to work in the trenches on things like content and audience strategy to ensure the business objectives of our clients are communicated in the most beautiful, strategic, and PROFITABLE fashion. I also work the on the internal marketing initiatives for Liquis, including many cause-related events that coincide with the company's mission to help.

We write for business owners and decision-makers about website and marketing solutions to grow a profitable audience. Every piece of content we post here is designed to help you reach and create meaningful connections with your ideal customer. 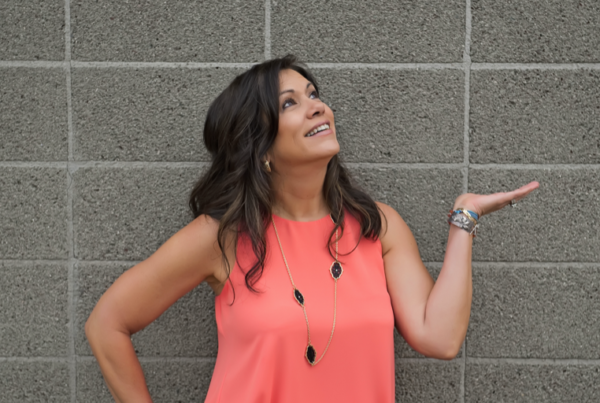 Growing a profitable audience starts with…. 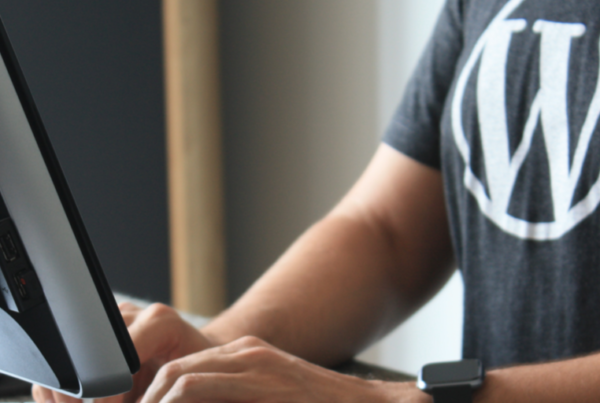 How to Install the Yoast SEO Plugin 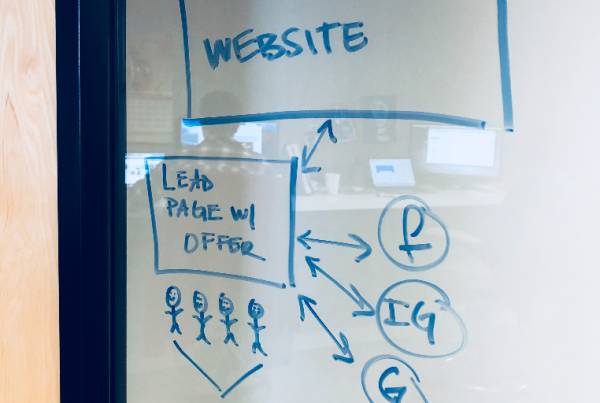